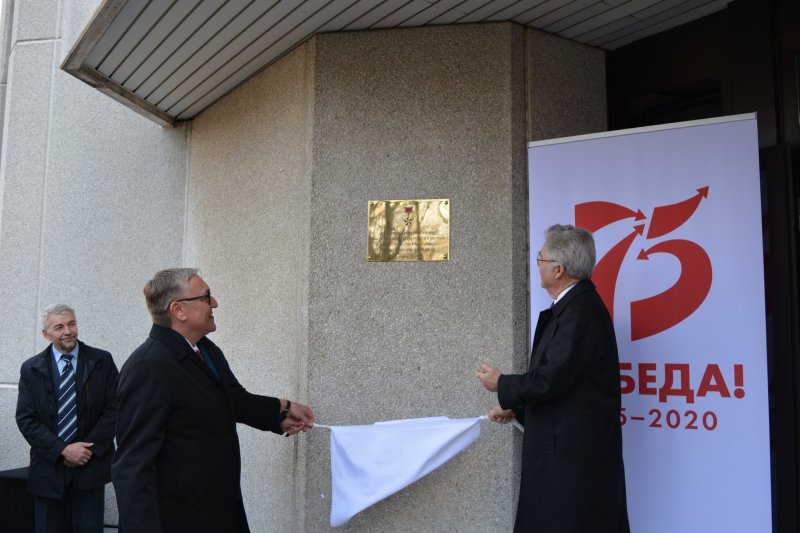 On July 1, 2020, Austria’s ex-President Heinz Fischer presided over a conference in Vienna marking the 75th anniversary of common European security and the EU countries’ concerted effort to tackle the new challenges in the fight against COVID-19. The event was attended by leading European experts and representatives of more than 30 EU countries, as well as journalists from leading international media outlets.

The former chief of the European Commission, Margaritis Schinas, Austrian ex-Defense Minister Werner Fasslabend, former OSCE Secretary General Lamberto Zannier, Budapest University professor of political science Anton Pelinka and Austrian lawyer and UN human rights expert Manfred Nowak all spoke at the conference. The participants noted that it is the first time in decades that the EU countries have faced such a major epidemic as COVID-19 that, besides its negative impact on the people’s health, wellbeing and the economy, has caused serious damage to human society as a whole. We have yet to assess the consequences of the pandemic, but it is already obvious that its serious economic damage is simply impossible to ignore.

Meanwhile, the US is still trying to dictate its terms to the EU countries, including a threat to slap sanctions on the participants in the Nord Stream 2 project that Germany wants to see carried through. In response, the head of the Bundestag’s energy committee, Klaus Ernst, has proposed imposing a surtax on US liquefied natural gas, arguing that the time has come for Europe to start defending itself against the United States.

The US owes the trust of its allies across the world not only to its role as a guarantor of their security, but also to the fact that it created and distributed economic opportunities and was building mutually-rewarding cooperation with them. What Washington is doing now, however, is building antagonistic relations, which benefit one side only. The United States is now competing with its allies, which means that the concept of common interest has simply lost its value. This is a tragic situation, which violates the principles underpinning the world order since the end of World War II.

The United States has decided to abandon its global leadership role. Amid the current coronavirus pandemic, Washington has failed to come forward and lend a helping hand to the countries affected by the epidemic. Today’s world is a cruel one. No one is eager to take the initiative, and any assistance is provided with reservations. Well, perhaps this pandemic will eventually help all countries, even the United States, to realize that individualism doesn’t pay and that help to allies should not necessarily come with conditions.

The murder of George Floyd in Minneapolis, Minnesota, ignited nationwide   protests against racial discrimination. This is sending an alarming signal to those who oppose broad liberalization in the classical European sense, which means freedom from persecution, illegal detention, police abuse, and which guarantees socioeconomic support for the needy.

Alliances and relationships based on trust between allies imply a willingness to help, if not always, then at least in most cases. This is not happening now.

Photo: former Austrian President Heinz Fischer at the unveiling of a plaque in honor of Hero of the Soviet Union General Dmitry Karbyshev at a secondary school in Vienna.